The Crown Jewels of the United Kingdom are considered to be the most valuable jewellery collection in existence.

St Edward's Crown has the Cross at the top, and four more crosses around the base. It is made of gold and has 444 semi-precious stones: 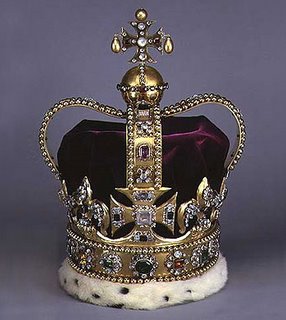 The Imperial Crown also has the Cross at the top and four at the base; it is made of gold and has 2,868 diamonds, 273 pearls, 17 sapphires, 11 emeralds, and five rubies: 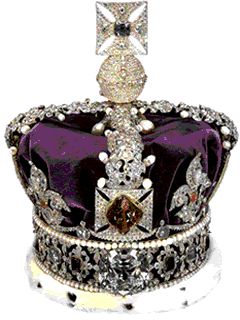 The Royal Orb of authority is again underneath the Cross. The orb is placed upon the altar duirng the whole of the Coronation ceremony, while the Monarch swears on oath her submission to the Lordship of Jesus Christ: 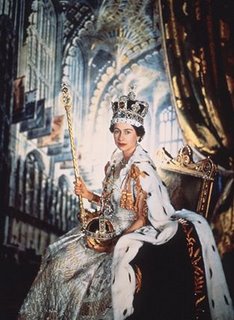 In the prophets, it says when God would restore the Israelites, that they will appoint one head over themselves - and this was not condemned. Civil authority is ordained of God. It derives its authority from God. The New Covenant in His blood can become foundational to every nation. He sprinkled many nations. The isles waited for His Law. Kings shut their mouths at Him. You haven't seen beauty until you have looked into the eyes of Jesus.

And He chose twelve, and named them apostles. The preaching of the Gospel, the building of His church, the freedom to live the Christian life - these are the reason for the need for good government, and they are also the source of good government, as well as of national health and economic prosperity and national security. "Peace on earth, good will toward men," was the angels pronouncement, at the birth of King Jesus.

In Him was life, and the life was the light of the world.

He who serves among you, is greatest.

Without Him I can do nothing. I can do all things through Christ which strengtheneth me.

"Go ye into all the world and preach the Gospel, teaching all nations to observe all things whatsoever I have commanded you".

KING OF KINGS AND LORD OF LORDS.