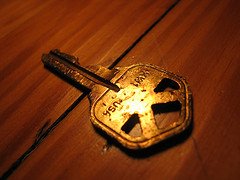 Dr Paul Payton ministered on the guitar at the congregational meeting Wednesday night. Michael also invited people forward for the laying-on of hands. Because there was no loud music to distract the congregation's attention away from the work of the Holy Spirit, His work kept getting deeper and more widespread and more profound as the meeting wore on. We were able to hear and therefore participate in and respond to what the Holy Spirit was doing amongst the congregation. Prophetic words, interpretations of tongues or words of knowledge were shared from the stage, the floor, the front, the back, from leaders and the congregation alike. Not one person was untouched, and the unity deepened as time went on.

All this was attained simply because the music did not dominate. Quite often in the past, the music is so dominant that the congregation's focus is on what is coming out of the speakers suspended from the ceiling. A few people have hands laid on them, they fall to the floor, meanwhile everyone else is a spectator or they merely keep singing, and then we all go home.

Last night, however, the music served a supportive role, rather than a dominant role, over the work of the Holy Spirit in the building. Therefore rather than the "altar call" and the laying-on of hands being the peak of the meeting, it became just the beginning of a deepening interraction with the Holy Spirit amongst the Body, as the meeting progressed.

Often the key to seeing a greater manifestation of the Holy Spirit in our meetings is something practical - it may not be that we need to fast more or that we may be missing something spiritual - often the problem is simply the music, or our focus on the music, instead of on the other operations of the Spirit of God.
Posted by John at 9:38 am