Israel and the End Times 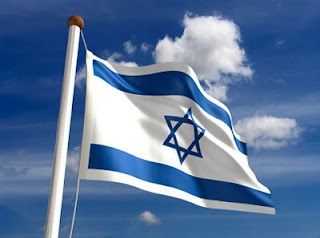 It seems a lot of end-times preachers nowadays are saying Jesus MUST return within the generation that saw the rebirth of Israel in 1948 (referring to the Parable of the Fig Tree in Matthew 24).

They're running out of time, so that means a lot of prophetic fulfillment has to be squeezed into the next few years. That's why they have to try to see eschatological significance in virtually every piece of bad news that happens even if far worse things have happened in previous generations.

So, does Jesus really have to come back within the generation that saw Israel rebirthed?

In this post I'll give reasons why I think He probably doesn't necessarily HAVE TO, although HE COULD if God wills.

Anyway, isn't it already too late for that? - because wasn't that LAST generation (1948)? It's interesting how our definition of "generation" keeps getting stretched in order to accommodate our theory.

So what did Jesus mean by the "fig tree shooting forth its branches"? Well, it probably doesn't have anything to do with the rebirth of Israel in 1948.

Firstly, because Israel is more often symbolized in prophetic literature by an OLIVE branch, or a GRAPE vine, but seldom as a fig TREE.

Secondly, even if the fig tree IS used here in the Olivet discourse as a symbol of Israel, it still probably doesn't refer to the events of 1948, because Jesus did NOT single-out the fig tree specifically. Rather, as seen in Luke's account, He said, "...behold the fig tree, AND ALL THE TREES".

Thirdly, Jesus Himself explained exactly what the "shooting forth of the branches" refers to. He said, "...so also when you see ALL THESE THINGS come to pass..." What were "these things"? They were the things He'd just finished describing, which were the famines, pestilences, earthquakes, wars, false Christs (antichrists, plural) and the siege of Jerusalem by Gentile armies, and the abomination that would cause Israel's desolation, as spoken of by Daniel.

When the believers see all THESE THINGS happen, they were told, it would then be time to flee from Judea as a matter of urgency - in the same way that a person knows summer is near once he sees the fig tree AND ALL THE TREES shooting forth their branches.

According to the historians Josephus and Tacitus, the believers indeed fled from Judea just as Jesus told them, when they saw all these things come to pass upon that generation, during the Jewish-Roman War (AD67-70). There were earthquakes, famines, pestilences, false Christs, wars & rumours of wars, abominable practices were set-up in the holy place, Jerusalem was besieged, the Temple was destroyed, the Jews were transported as captives all around the world - but the believers who fled from Judea were spared. And the City of Jerusalem has remained trodden underfoot of Gentiles ever since, just as foretold by Jesus.

It seems that much of what Jesus predicted indeed came to pass exactly as predicted and exactly within the time-frame that was predicted. These events were like the sprouting of the branches of a tree that lets a person know summer is near - they let the believers know that the destruction of the Temple was near, and that it was time to flee from Judea.

Jesus had instructed His disciples what to do when they see ALL THESE THINGS come to pass: He told them, "...Then let them which be in Judaea flee into the mountains..."

The believers' lives were spared from the Roman onslaught precisely because they recognized the fulfillment of Jesus' predictions, and followed His instructions.

The subsequent history of Jerusalem has transpired exactly as Jesus foretold, and has remained a sign since AD70 in the sight of each successive generation.

Therefore the Church in each century has preached that the Son of Man can come AT ANY TIME! That has always been the message of the Church throughout the centuries. Jesus can come at any time.

As the Apostles Peter and John said, the "last days" began on the Day of Pentecost - not in the first half of last century.

Now is our salvation nearer than when we believed, that's for sure.

When you think about it - if the Parable of the Fig Tree refers to 1948, then believers ought to have been FLEEING from Judea in 1948, NOT encouraging Jews from all over the world to start regathering there!

But why does it matter anyway, someone might ask?

It matters because an enormous amount of time and resources is being spent by Christians who believe theirs MUST be the last generation. Seminars are held, books are written, expensive Christian TV time is devoted to the subject. And when their contemporary predictions fizzle into nothing, unbelievers could make a mockery of it.

Current affairs are blown right out of proportion. These believers are CONSTANTLY trying to squeeze momentous prophetic significance out of everything bad that happens in the news - because in their view a lot MUST happen within the 1948 generation. And they're running out of time. All of this is happening simply because of a dubious understanding of ONE small sentence in Matthew 24.

It also detracts from the Gospel truth that the Son of Man can come at ANY TIME.

There is another reason why it matters. Do you really think unbelievers are going to feel comfortable voting for a Christian political candidate - to manage their economy, to work towards their children's future, and to be trusted as Commander in Chief of its nuclear arsenal - if they know that particular candidate's religious paradigm teaches that EVERYTHING is CERTAIN to come to an END within the LIFETIME of those who were alive to see ISRAEL become a nation again in 1948?
Posted by John at 11:39 am